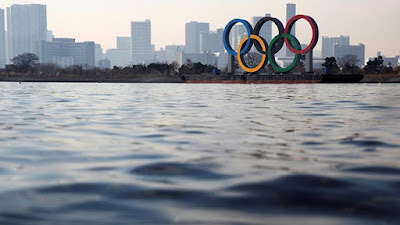 The Tokyo Olympics will be held on 27 July - 8 August 2021. Initially the Olympics were scheduled for 24 July - 9 August 2020. However, due to the corona pandemic, the Japanese government asked to be postponed until 2021. Through intense debate among members of the International Olympic Committee (IOC), on 24 March 2020, through a summons, conference, conducted between Japanese Prime Minister Shinzo Abe, IOC President Thomas Bach and TGOC President Seiko Hashimoto Yoshiro Mori, the 2020 Tokyo Olympics were postponed until 2021. The inauguration, which was given the motto "Unity In Diversity", was marked by an extension of the Tokyo 2020 Caldron by Japanese tennis player, Naomi Osaka. Athletes of mixed blood and black skin, a symbol of diversity.

In the modern era, the first Olympic Games in the world took place, on April 6, 1896 in Athens, Greece thanks to the efforts of Pierre Baron de Caubertin, the founder of the International IOC, after being stalled for more than three centuries. At that time the athletes who competed consisted of European countries: Greece, Germany, France, and England. Only nine disciplines are competed: Athletics, Swimming, Gymnastics, Cycling, Wrestling, Hanging, Shooting, Weightlifting and Court Tennis. Since then the Olympics have been held every four years.

What is happening now is the 2020 Tokyo Olympics which is very different from the previous Olympics. Matches will be played behind closed doors, although it was estimated that five years ago, there would be 7.8 million spectators at 42 match venues. 4.48 million tickets have been sold. Since there were no spectators, the organizers calculated a possible loss of USD 35 billion at the cost of the hosts.

On the television screen, it was clear that no one in the audience was present, there were only athletes, athlete coaches, referees, and reserve players. It is understandable how much money must be prepared.

According to VOS News, Japan will spend USD 35 billion to host the match, exceeding the initial estimated budget of USD 7.5 billion. According to the Oxford University UK study, the Tokyo Olympics are the most expensive summer games ever. According to Tri Purnajaya, DCM of the Indonesian Embassy (Wakeppri), the allocation of such large funds can be overcome because in parliament it is facilitated by the majority party group in the lower house (Shungi-in) who is directly elected by the people for four years. And the upper house (Shangi-in) in a six-year term.

Both party institutions are clearly controlled by the LDP party, making it relatively easier to make decisions. Especially in the case of the Tokyo Olympics this time, all parties really understand the strategic position of the 2020 Tokyo Olympics for the future.

The Tokyo 2020 Olympics will end on August 8, 10 days away. The most felt impression among television viewers around the world is that there is no viewer. It was the first time in Olympic history that athletes had to come to terms with the fact that they competed with each other without any support, except for the applause of a handful of substitutes, coaches and team leaders who competed. Meanwhile, without an audience, Japan still has to recalculate its efforts to cover the above USD 35 billion cost.

Their pride is that in this pandemic situation they proudly declare "The Show Must Go On" and hope that host athletes Japan can snatch at least the number three position after the United States and China.

Sport is interesting because always in every game there will be something called a surprise. Although this was the first time in history that a match in all stadiums was attended by no spectators, except for matches outside the stadium.