Home  Traveling Labuan Bajo - The Gateway to Heaven on Earth

Labuan Bajo - The Gateway to Heaven on Earth 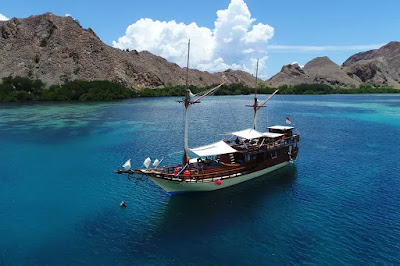 Labuan Bajo is a hidden paradise in eastern Indonesia. This village is located in Komodo District, West Manggarai Regency, East Nusa Tenggara Province, which is directly adjacent to West Nusa Tenggara and separated by the Sape Strait. Labuan Bajo is one of five Super Priority Destinations being developed in Indonesia. This destination saves amazing natural beauty and ancient animals that are worldwide. Starting from endemic Komodo dragons in Komodo National Park, rows of exotic islands, underwater biodiversity, to fantastic beaches, you can find all of them in Labuan Bajo.

Komodo National Park which was registered as a UNESCO World Heritage Site in 1991 consists of Komodo Island, Rinca Island, Padar Island and several other islands in the vicinity. The presence of the Komodo dragon (Varanus komodoensis) which is a giant lizard in the world was first covered in a scientific journal in 1912 written by Pieter Antonie Ouwens, Director of the Bogor Zoological Museum. This discovery became the beginning of Labuan Bajo's existence in the eyes of the world because many tourists and scientists came to see ora, the term Komodo dragon from local residents.

Besides Komodo, this national park is also famous for its stunning panorama. Pesona friends who like photography, must enter several spots here as a place to take pictures. Call it the iconic Padar Island with its hill-shaped island and blue sea gradations in the background. Kelor Island is no less cool, you know, the view of the island and the clear blue sea from the top of Kelor Island is too beautiful to miss. There is also Rangko Cave which has the charm of an oasis with its saltwater pool which is so soothing. Another spot that should not be missed is Pink Beach or known as Pantai Merah by local people. Friend Pesona do you know? The red color on this beach turns out to be from microscopic animals and reddish-colored coral fragments around the coast, you know.

Enjoying the view of the twilight sky can also be another way to enjoy Labuan Bajo. This strategic spot to enjoy the beauty of dusk is not far from Komodo International Airport. Pesona friends can choose the destination of Bukit Cinta, Peak Amelia, and Pesona Silvia, to capture the twilight sky that soothes the soul.

If you want to have an adventure in Labuan Bajo, a short trekking to Cunca Wulang Waterfall can be an option. Don't miss the exciting experience of trying live-on-board, which is trying to stay on a phinisi boat for a few days while sailing to visit beautiful islands, and you can also dive to see the special underwater beauty of Labuan Bajo. 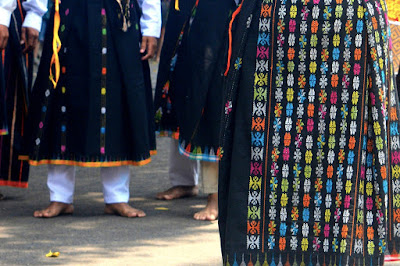 If you want to bring your souvenir home from Labuan Bajo, there are some special souvenirs that you shouldn't miss, one of which is the songke cloth typical of the Manggarai Land. This fabric is generally black with a variety of colorful motifs on it. As with other Nusantara fabrics, songke motifs are very diverse and have their own meaning, you know.

Some of the songke motifs include the ranggong (spider) motif which symbolizes honesty and hard work, wela kawu (kapok flower) which means the relationship between humans and the natural surroundings, wela runu (runu flower) which symbolizes that the Manggarai people are like small flowers but become the source of beauty, ntala (star) which means good wishes and prayers, and the ju'i motif (border lines) which has a deep philosophy that everything has an end. Pesona friends can stop by the souvenir center located in front of Komodo International Airport to get this songke cloth.

You can also make some typical Labuan Bajo culinary delights as souvenirs, such as Manggarai coffee which is famous for its unique bitter taste, kompiang bread made of flour with a sprinkling of sesame on it, or snacks made from processed flour. rice and grated coconut, called rebok.

Labuan Bajo can be accessed by land, sea and air. The beauty of Komodo Island with its rich local culture and exotic islands around it makes Labuan Bajo a potential and crowded tourist spot.

If you want to use air transportation, Transnusa Airlines directly connects Labuan Bajo with several cities in Indonesia, such as Makassar, Semarang, Balikpapan, Kupang, and Mataram. You can also travel to Labuan Bajo from Gewayantana Airport in Flores, Frans Sales Lega Airport in Ruteng, or H. Hasan Aroeboesman Airport in Ende. For more information on flight schedules, visit the website of the relevant airline, Sobat Pesona.

Interested in enjoying a trip by sea transportation to Labuan Bajo? Pesona friends can take the Leuser ship from PELNI which sails from Makassar, South Sulawesi or the PELNI KM Binaiya ship which departs from Denpasar (Benoa) to Labuan Bajo.